Demystifying Carnatic Music and Widening the Rasika Base

‘Heard melodies are sweet, but those unheard are sweeter.’ —John Keats

Even disinterested listeners will agree that Carnatic music is complex and intricate, and reflective of the wealth of Indian heritage. Indeed, if you were to judge only from the number of artists below 35 currently performing in the Carnatic music circuit, it appears as if that Carnatic music is making a resurgence among young people. However, if you were to judge by the number of attendees at most performances, there is little interest among the young. During the December music season, except in the case of a few concerts performed by name-brand artists, less than 20 rasikas are sitting in the auditorium. Most of the “afternoon slot” musicians perform with utmost sincerity and dedication and are often far more refreshing in their performances than their more famous counterparts. With competing events and a declining fan base, it is noble of these artists to give champion performances to a dim crowd of fewer than twenty rasikas.

If we are truly interested in preserving Carnatic music, we must take efforts to keep it relevant. The definition of art is constantly changing, and with each new generation of listeners, music evolves within the interests of the prevailing culture. It is naturally worrisome to expect that today’s youth will carry the mantle of our culture for future generations by showing greater interest in Carnatic music. First, unless Carnatic music is culturally relevant – either as entertainment or as a medium of cultural identity – today’s youth will bypass it for more modern forms of expression. But the reality is that Carnatic music, because of the multiple languages in which the compositions are set and the religious context in which they are composed, creates distance, undermining its relevance. For example, to the youth in the West, the concept of ecclesiastical music is now arcane. Like the youth in the West, Indian youngsters are also likely to listen to music that speaks to their lives.

When the music is not appealing to them, why would they show interest? To make Carnatic music engaging, some suggest that perhaps we must reintroduce Carnatic music to our youngsters through the more-interesting medium of cinema music; others consider such a suggestion blasphemous and insulting to the great art. The purists would rather let Carnatic music die a dignified and honorable death rather than let film music carry it on its shoulders. But, are there no other options to nurture a fine art and a national treasure other than marketing it through popular culture?

There are several steps we can take to both introduce Carnatic music to new audiences and make it relevant to the younger generation. One suggestion is, introduce the music at an early age and as part of a school’s curriculum. The learning opportunity should be available to everyone and not just to those who can afford private music lessons or to those who were born in select communities. Unlike in India, in the West, classical music-related subjects are included within the educational curriculum of schools. In U.S. schools, children, regardless of their religious affinities, community memberships, or economic status, take classical music as one of their elective subjects. Since every school has bands or orchestras, the classroom learning of music is also translated into an opportunity to exhibit one’s musical learning.

A second suggestion is, highlight the benefits of learning and listening to Carnatic music. In the West, school administrators and parents believe that learning classical music enhances a child’s ability in several areas, such as learning math or in developing analytical skills. They also observe other behavioral benefits. Numerous studies conducted by behavioral scientists have shown that students who learn music are less likely to use tobacco or alcohol and develop greater interpersonal skills. These students are also more persevering and tend to take more effort in learning other subjects. The effort that they expend in learning music makes the students subconsciously recognize the value of sustained effort and what it takes to be truly successful in any endeavor.
While parents and school administrators may recognize the benefits of classical music, children are less likely to comprehend such benefits. To kids, how interesting the learning process is, is more important than the philosophical or other subliminal messages the music learning brings to their lives. That is, teaching Carnatic music should be made interesting. It should go beyond learning sarali varisai, Geetham, Varnam, and Kritis. The classroom teaching (whether at a school or during private lessons), should include an occasional visit to a live concert in the company of the teacher. A teacher can engage the students further by asking them to write a critique about a concert that they attended. To kindle students’ interest even further, the teacher can require them to read reviews, listen to recordings of great masters, and learn about the lives of great musicians. After all, in the Internet age, there is a wealth of music and information available to all of us.

Another angle that both teachers and parents can focus on getting the children to appreciate classical music is, promote the improvisational aspect of the music. This is something that few art forms permit and that Carnatic music does extremely well. As the child is learning the basics, at each stage, make them identify and appreciate the changes that are evolving (e.g., how swaras are combined to make different ragas to how lyrics fit within a thala’s cyclical structure). These exercises make a game out of the learning process and take away the obligation of memorizing or singing something that they do not care about in a language that they do not understand. The objective is to demystify Carnatic music without compromising its richness or complexity. It is a delicate dance.
We must also use common media like television and film to demonstrate the relevance of Carnatic music. We need not be averse to such use. We should embrace the use of film music as one more basic learning tool to explain the intricacies of Carnatic music. Film music is immediately accessible and a great way to introduce a child to the concept of ragas and emotions. It is also a demonstrative way to explain how Carnatic music is the essential framework for all kinds of music. Rather than diluting the richness of the music, these efforts will only enrich the learning process. Of course, by changing how Carnatic music is taught, learned, and listened to, there is no assurance that a student or a listener will immediately recognize the greatness of the music and its relevance to their lives. Like all good things, we can rest assured that with age, the seed that we plant in our youngsters will eventually germinate, and they will learn to appreciate the things that don’t appeal to their immediate/visceral sensibilities.

Finally, the rasika population will widen only if Carnatic music becomes more inclusive. Either because of perceptions or facts, Carnatic music has long been viewed as the domain of the elitists in our society. This perception should be changed. Music is universal, and it is a source of happiness for all human beings. If it is to withstand the test of time, it must be an accessible art form. Like the efforts of the Alwars and Nayanmars during the era of Buddhist influence, when, through simple lyrics and community participation, they brought everyone together, we should use Carnatic music as a unifier of young and old and communities of all stripes.

This article was originally published in Chennai Online 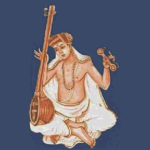