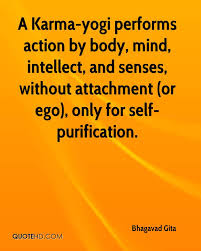 Mrs. Janaki is a respectable grandmother who lived in the same sub-division that I lived in.  During weekends, when I visit the Hindu Temple, she would join me for the ride to the temple.  During one of these visits, a few minutes after we entered the temple, I noticed Mrs. Janaki speaking to a woman who appeared to be crying.  On our return from the temple and as we were driving back to our homes,  Mrs. Janaki appeared preoccupied.  However, she did not share with me about who the woman was or why she was crying; neither did I ask Mrs. Janaki.   About halfway to our home, Mrs. Janaki turned to me and said, “Would you mind giving me a ride to the temple during the next several of your visits to the temple?”.  I responded, “Sure, no problem.”  From then on, during each visit to the temple, Mrs. Janaki would go directly to the Hanuman Shrine and start going around it for 108 times with her eyes closed (it is a Hindu religious ritual, physically demanding, that is usually undertaken when seeking the grace of God to help overcome a misery or suffering).

After observing several weeks of Mrs. Janaki’s routine, I finally took the liberty to ask Mrs. Janaki, “Are you OK? Is everything all right with your family? You seem to have undertaken a very rigorous prayer vow”  She smiled and said, “Yes. Everything is fine at home. My children and grandkids are fine.”  After several more minutes of silence, she turned to me and said, “Do you remember the woman I was speaking to several weeks ago?  You asked me why she was crying.”  I said, “Yes, I do remember. Who was she? Was she someone related to you?”  Mrs. Janaki replied, “No. I do not even know her name; I had never met her before that day. Since she appeared distressed, I took the liberty of introducing myself and inquiring about her welfare.  After introducing myself, I asked her, are you OK?  Is there anything I can do for you?

After several minutes of silence, she shared with me that her daughter, about forty years of age, had recently been diagnosed with uterine cancer. And that she is heart-broken.”  Mrs. Janaki continued, “I was very sad to hear that.  I did not know how to console her.  The woman did not ask me for any help and continued to weep. After sitting with her for several more minutes and after failing to console her, I ldecided to leave and let her have her privacy.  I had not seen that woman since.  I do not know how I could have helped her.  But, as a fellow human, I thought I will share in her grief by praying to God and seek God’s blessings to save her daughter and to ease her mother’s pain and suffering.  Hence, I took this prayer ritual.”

I turned to Mrs. Janaki, “You had never before met this woman or daughter in your life, and yet, on their behalf, you took a prayer vow that is physically so very demanding?”  Mrs. Janaki responded, “It does not matter whether I know who she is or who her daughter is.  They are fellow human beings.  I may not be able to help cure her daughter’s cancer.  But, at the least, I can pray to God to alleviate their suffering.”  I turned and looked at Mrs. Janaki with pride and admiration.  I thought to myself, “What a kind and a compassionate woman you are. The world is a better place because of people like you.  You are a true karma yogi, indeed”.

Here is the story of another karma yogi; Mike, my colleague at the university.  For fifteen years, several days of a week, Mike and I would share a ride in the suburban train to travel to downtown Atlanta where the university is located.  When we arrive at our station, we must walk through a large pathway to reach the main street.  On either side of the pathway, several homeless people will be sitting asking passers-by for money.  One of these was a young homeless couple – the wife, paralyzed below her waist and sitting in a wheelchair and her husband, also handicapped, standing beside her.  Each day, soon after we get off the train, Mike will stop by a nearby Mc Donald’s, buy two packets of food and drinks. He will then walk to the handicapped couple and hand over the food packets to the husband.  The husband will immediately open the food packet and first feed his wife.  He would wait until his wife, without functioning arms, finishes eating her food; he would then start eating his share of the food.

At one time, I asked Mike, “What makes you do this every day, buy food for the young, handicapped couple?”  Mike, with a smile responded, “Ram, do you see the happiness in the couple’s faces each time I hand over the food packets?  You and I live a life of privilege. They both do not.  I cannot change their lives; but, the least that I can do. as a fellow human-being, is help alleviate their hunger.  Buying two packets of food and two drinks is the smallest sacrifice that I can do to help that couple.  At least, it would temporarily alleviate their misery.

Many of us have read the Bhagavad Gita, the great Indian treatise on non-attachment and service to others.  In the Gita, Lord Krishna says, each day of our lives, we must do service to others. And, we must do such service without expecting any rewards or recognition in return.  The Gita calls such service ‘Nishkama karma’ – selfless and desireless action.  Mrs. Janaki and Mike, two karma yogis, are living examples of Nishkama Karma.  They make the world a better place to live.

« Are Mythologies Fictional and Rituals Irrational?
Rituals, Contemplation, and Service »