In part 1, “Slowing Down the Mind through Meditation,” we discussed the need to slow down the mind and take charge of it.  Perhaps, you may raise a question at this juncture: we now live in a fast-paced world where one is expected to balance multiple tasks and do all of them efficiently.  If my mind begins to slow down, won’t that make me less efficient, and even incompetent?”  The answer is no. Slowing down one’s mind does not imply one will become less efficient or incompetent.  Slowing the mind means becoming more focused and becoming more balanced in one’s thinking. A slower mind has fewer distractions and that, in turn, leads to greater mental energy.  This is because a slower mind is less agitated, stressed, and confused. A slower mind, therefore, is likely to be far more efficient and competent than a direction-less and fast-paced mind.

How should one train the mind to slow down?  Through the practice of meditation.  Is meditation a religious faith or a modern-day fad?  It is neither.  Meditation, like Yoga, is taking efforts to discipline one’s mind.  During the Vedic period (1,500-3,000 BCE), the practice of meditation originated in India.  In later years, as Buddhism (350 BCE – 150 CE) which originated in India began to spread to other countries such as China, Japan, Cambodia, and Thailand, people from these countries also began to practice meditation.  While, during the early years, meditation was practiced mostly by sages affiliated to religious faiths, it has no special affiliation to either religious faith or rituals.  Anyone – theist, agnostic, or atheist – can practice meditation.

What are the benefits of practicing meditation?  Our mind is constantly in a state of rush and running in multiple directions.  The mind behaves somewhat like an automobile that is going fast and zigzagging from one lane to the other.  The chances that the automobile will be involved in an accident and also will end up hurting, not only the driver but also others on the road, is quite high.  Similarly, an uncontrolled mind could hurt not only us but also others – family and friends with whom we interact.  The only way we can refrain from doing so is to by slowing down the mind.

Meditation teaches us how we can slow the mind.  Meditation also teaches us how to focus the mind and point it in the right direction. When we practice meditation regularly, the stream of thoughts that rush through a mind begins to slow down.  The mind starts learning how to filter images and sounds that are distracting and inessential.  In other words, the mind begins to obey us.  When the mind begins to obey us, we become more adept at managing our everyday life and we no longer get agitated over every small issue.  We learn to prioritize important issues; we start managing our life better. We become less stressed. Our relationship with others begins to improve; we learn to understand others without prejudging them.  We become more compassionate and kind.  Eventually, our conduct and character themselves begin to change for the better.

While the benefits of meditation are time-tested and undisputed, slowing down the mind, however, is not an easy task.  It requires sincere efforts and continued practice.  In Part III, we will discuss how to practice meditation. 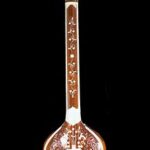 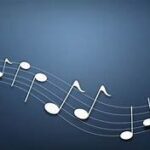 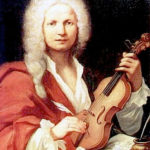