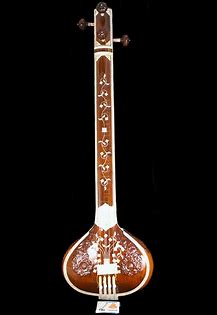 Music is the harmony of the universe in a microcosm for this harmony is life itself. In man, who is himself a microcosm of the universe, chords and discords are found in his pulse, heartbeat, and vibration his rhythm and tone.  His health or sickness, his joy or displeasure, shows whether his life has Music or not.” Nazrat Inayat Khan, Sufi Poet, and Scholar.

Music plays a significant role in our lives.  Whether we visit a temple, a church, or a synagogue, we hear music.  This is because most religions integrate music into their worship routines.  Similarly, we hear music when attending social events such as weddings or birthday celebrations.

Why is music so prevalent?  Primarily because music is pleasant to listen to.  One can listen to music even if the music is unfamiliar.  For example, a Westerner could develop a liking for Carnatic or Hindustani music; an Indian could like Jazz or rock music.  Unlike religions or languages, the music tries to bring people together in this sense.

However, the most significant contribution music makes is its ability to influence the listener’s mind and body positively.  Researchers who studied music’s impact on human physiology say that music affects a patient’s pulse rate, blood pressure, and hormone secretions.  These physiological changes, in turn, quicken the recovery of sick people. Music’s ability to hasten a sick person’s recovery is particularly noticeable in the case of individuals suffering from specific mental or physical ailments. For example, after listening to music, patients suffering from depression became less depressed, more relaxed, and rested.

Physiologists traced music’s positive influence on its ability to stimulate the pituitary gland, a hormone-producing gland located near the base of the brain and that is about the size of a pea. Physiologists also noticed that listening to music activates the endocrine glands, leading to improved blood circulation and a more robust nervous system.  Since music also influences the brain and associated nervous systems, physiologists say music helps patients suffering from neurological ailments such as poor motor skills, which affect their ability to walk, run, coordinate, and other physical actions such as eye movement or muscle coordination. In addition, since both hemispheres of the brain process music, music improves cognitive functions essential for proper speech and language skills; when a patient was deficient in these brain-related functions, listening to music appeared to correct the deficiency noticeably.

In his book ‘Music and the Mind,’ he says, “The power of music is very remarkable. For example, one sees Parkinsonian patients unable to walk but can dance perfectly well or patients almost unable to talk, who can sing perfectly well.” Similarly, other researchers report that music therapy helped patients impaired by strokes or seizures to articulate their feelings and emotions better.  After Music therapy, these patients could overcome subliminal or negative feelings such as grief, sorrow, or anger. In addition, to a patient already trained in music, the patient’s ability to articulate and maintain rhythm and breath control improved considerably.  These benefits were particularly pronounced in the case of stroke victims and other intellectually impaired patients.

While researchers focused intensely on music’s contribution to patients with specific physical ailments, they also focused on music’s impact on mind-related illnesses in recent years.  The researchers state that music helps even those who were not sick to transcend into a higher state of consciousness. The researchers believe that studying and understanding music’s influence in a higher state of consciousness could be as valuable for sick patients.  In his book, “The Miracle of Music Therapy,” Rajinder Menen says that music lets us transcend the everyday state of consciousness and travel to places we either have a memory of or create in our imagination. This process of transcending the mundane evokes psycho physiologic responses when people shift to altered states of consciousness.” However, unlike physiological phenomena, which can be measured and verified in a lab-type setting, such transitions happening within a mental sphere can only be experienced or observed. Therefore, at this juncture, some of the benefits that accrue when music helps an individual to transcend to higher states of consciousness are not easy to correlate and interpret.

In the context of music’s role in letting an individual transcend into a higher state of consciousness, let me share a real-life occurrence that I had the ‘accidental’ opportunity to observe. The incident describes a musically-trained individual who had recently lost his mental faculties because of a cerebral seizure.  Consequently, the musician lost his ability to sing or even remember everyday activities and tasks such as remembering the name of his spouse or friends.  To protect the privacy of the individuals mentioned in this narrative, I have used fictional names.

In the year 2000, I was visiting my parents in Chennai.  A day after I arrived, my mother asked me to visit Mr. Krishnan, a friend, and a neighbor, for the last twenty-five years. Mr. Krishnan had recently suffered a severe cerebral seizure.  After a few weeks of treatment at the hospital, he was discharged and sent home since the doctors believed there was not much they could do for him.

When I entered the room where Mr. Krishnan was resting, I saw him sitting on his bed.  He looked at me but showed no signs of recognizing me.  Mr. Krishnan had always been a very cheerful and pleasant individual.  It was unfortunate to see him so depressed and lost. I silently sat next to his cot.  A few minutes later, Ms. Vani, a well-known vocalist, who Mr. Krishnan had known since her childhood, entered the room.  Once again, Mr. Krishnan showed no sign that he recognized her. Finally, after several minutes of agonizing silence, Vani decided that she would try to change the cheerless mood in the room.  She took Mr. Krishnan’s hand in hers and said, “Uncle, may I request you to sing a few of your favorite krithis (songs) for us, please? If you want me to, I can join you in the singing.  Vani assumed that making Mr. Krishnan sing could release him from the mental shell he appeared to be locked in.  Krishnan, however, just stared at her and did not respond.

After fifteen more minutes of wait, Vani decided to take the initiative herself and sing even if Mr. Krishnan would not.  While she was singing, Mr. Krishnan was sitting without any expression; he did not even show any signs of listening to Ms. Vani’s singing.  After Vani sang about four songs, Mr. Krishnan suddenly cleared his throat as if ready to sing.  Hearing her husband clearing his throat, Mrs. Radha rushed in with a Sruthi (Pitch) box and tuned it to her husband’s Sruthi.  With his eyes closed and impervious to the presence of the rest of us, Mr. Krishnan began to sing.  After completing one song, he started on the next one without prompting.  Mr. Krishnan continued to sing for the next thirty to forty minutes without taking even a break between songs.  When he sang, his pitch was perfect; he never missed a note, never forgot a lyric, and flawlessly brought out the bhava or the emotions associated with each Kriti. Finally, after singing several songs, Mr. Krishnan suddenly stopped and lay down, with his eyes wide open.  Looking at him, we could note a sense of bliss on Mr. Krishnan’s face that was absent earlier. Perhaps, we were imagining.

How could Mr. Krishnan, who appeared mentally lost, display such energy and spirit? How could someone who could not even remember his wife’s name suddenly start recollecting each composition, its lyrics, and the emotional content?  Are the rest of us dreaming?  Are we perhaps witnessing an out-of-the-world experience, a spiritual outpouring?  Of course, I am not qualified to state whether what I witnessed was a spiritual phenomenon.  But I could say with confidence that what I had witnessed, his perfect and energetic singing, came from somewhere deep within him.  It is conceivable that listening to – or at least hearing – Mrs. Vani’s singing awakened specific inner forces deep within Mr. Krishnan.

When we study music only as a physiological phenomenon, we miss music’s true power.  The power of music appears to be subtle and is not always amenable to rational interpretations. But, as the story of Mr. Krishnan illustrated, sometimes, even to those who are severely ill, music appears to kindle something within them and, even if temporary, gives them a purpose in life.

« What enhances the aural appeal – Words or Music?